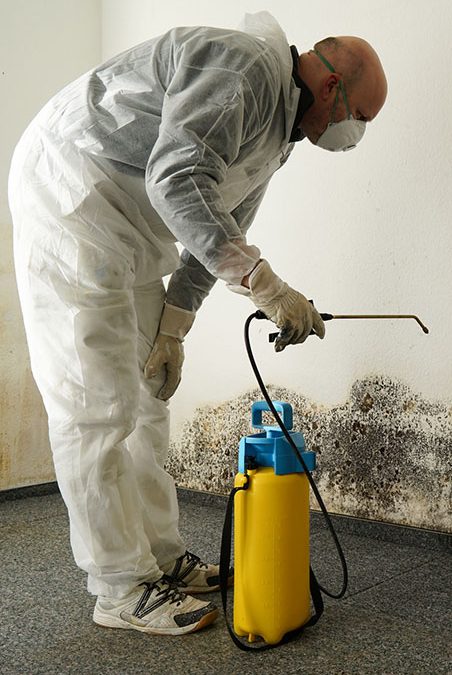 The Similarities Between Mold and Mildew

But, before we dive into the differences, first let’s check out the similarities. The key point here is that mold and mildew are both types of fungi that are commonly found around residential and commercial properties. You will find fungi in areas with high humidity and lack of light, and they are very common in corners. Fungi looks like patches that are very easy to spread.

There are over 10,000 types of mold that can be found in indoor spaces, but there are five that you will most commonly see in your home. The first in Alternaria, which tends to grow in high-moisture places, like showers, windows, and sinks. Alternaria tends to be a very dark color. Penicillium is another type of mold that is commonly found in damp places, but is found in carpeting, insulation, and mattresses. Penicillium tends to be blue or green. The third type is Aspergillus, which is also the most commonly found mold. Aspergillus grows on and inside walls, on insulation, and on clothing. Cladosporium is the fourth type of mold, and it is unique because it can be primarily found in cold areas, such as fabrics, wood surfaces, in cabinets, and within floorboards. It is characterized by its black or dark green color. The last type of mold is by far the most dangerous, Stachybotrys chartarum, more commonly known as black mold. Black mold is incredibly dangerous because it is toxic. In contrast, mildew and the other four types of mold can cause irritation. Black mold has toxins called mycotoxins, which grow in very damp areas, such as pipes and AC ducts.

The Location of Mold vs. Mildew

Here is where we start to see differences. While both mold and mildew are types of fungi, we can actually categorize mildew as a type of mold, but slightly different. You can very easily tell whether you have mold or mildew because mold has a tendency to dig into surfaces and is harder to remove. You will find mold within walls; in small, dark spaces; and on food. In contrast, mildew does not go into the material, but rather stays on the surface, making it easier to remove. This flat growth means that mildew most commonly grows on damp or moist surfaces, on paper, on clothes and fabrics, and throughout other flat, organic surfaces in your home.

The Looks of Mold vs. Mildew

Beyond where mold and mildew are found, you can also tell by how the fungus looks. Mildew is most commonly flat, but also powdery or fluffy. Mildew tends to be white, grey, or yellow, but turns to a darker color over time. On the other hand, mold is fuzzy or slimy, and it comes in a wide variety of other colors. Mold can be blue, brown, black, white, or grey. While mildew becomes darker over time, mold begins to rot if not treated.

Long-Term Effects of Mold vs. Mildew

This rotting is what causes the differences in the long-term effects of mold and mildew. Mildew can be found both indoors and outdoors. When mildew is left to grow indoors, the spores can be inhaled by people who live in the house, causing mild health concerns, such as coughing, headaches, and other respiratory problems. For people with underlying health conditions, inhaling mildew spores can exacerbate damage to the respiratory system. Mold, however, has more drastic long-term effects. Because mold digs into the surface and grows within walls, mold can cause severe damage to a house and can cause really bad health concerns. As we saw earlier, if mold is left unattended, it rots, which can cause structural damage around the house. Say you have mold growing inside a wall in your kitchen that you don’t know about. Over time, it begins to rot; since the mold is within the wall, the wall also begins to rot. From there, you can have weakened walls, less insulation, and more permanent damage in your home. From a health perspective, inhaling mold spores can be incredibly dangerous. The common effects of mold are similar to mildew: coughing, sneezing, and causing other respiratory problems. With mold, you may also see pain in the joints, dizziness, depression fatigue, and irritation of the eyes, skin, and throat. If you have black mold, you will see worse long-term health concerns, especially in folks with pre-existing health conditions, such as previous respiratory health problems and weakened immune systems.

The best way to prevent the growth of mold and mildew is to keep your house clean and avoid high moisture in your home. Have your air ducts, insulation, and cool, dark areas consistently cleaned and inspected. If you begin to suspect that you have mold or mildew, it is essential that you call us as soon as possible, so we can get your house inspected and treated right away, before further health complications.