Toxic Mold Symptoms to Look Out For 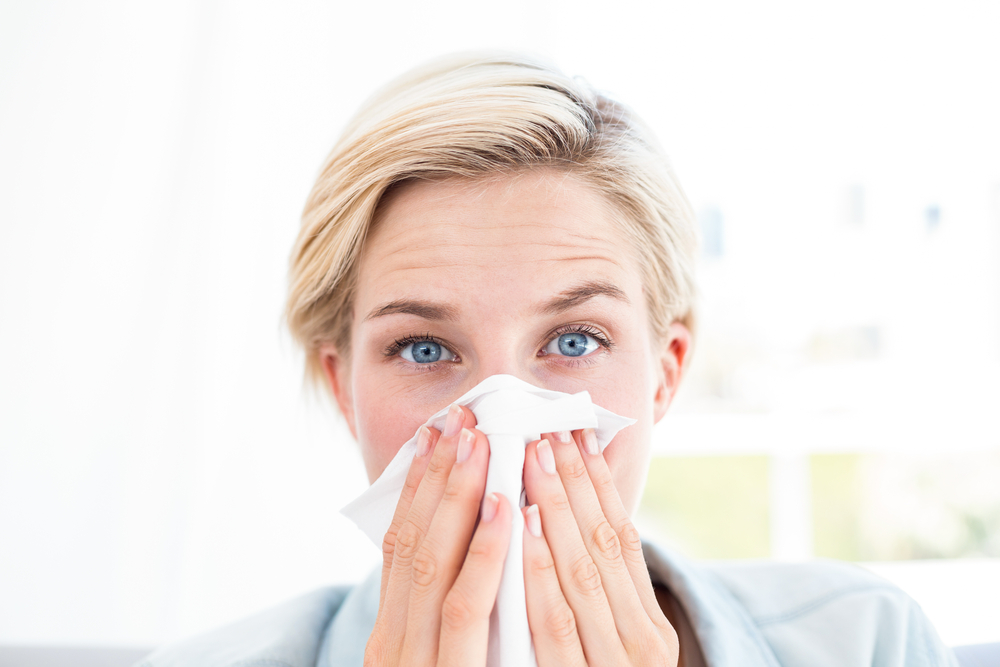 Table of Contents hide
What is Mold and Why Might It Be Dangerous?
Health Concerns from Toxic Mold
Are Allergies Affected by Toxic Mold?
Is Asthma a Toxic Mold Symptom?
Other Chronic Conditions
Toxic Mold Detection and Remediation
Toxic Mold Remediation

The more humans come to learn about the fungus among us, the more we realize how little we truly know. Trees, we’ve learned, speak to each other through underground fungal networks. Another fungus infects insects, turning them into “zombies” which it uses to reproduce itself, parts of which are harvested by locals and prized for their medicinal effects.

Mold, the name for many types of fungi, is also subject to the fear and ignorance that surrounds our ideas towards the broader family of organisms to which it belongs. Some mold is critical in the production of foods like certain cheeses and soy sauce, some mold deserves our deep gratitude for its role in producing penicillin and other critical antibiotics, and another mold is most certainly toxic.

This article seeks to clear the air about indoor mold and its health effects on humans. Like the science concerning many other members of the fungi family, the data is incomplete and indefinite for reasons which will be discussed later. However, the bottom line is that indoor mold has been linked to respiratory symptoms and even chronic illness. Below, we offer some background knowledge on what exactly mold is, how it exists in residential spaces, and why its presence might be problematic.

What is Mold and Why Might It Be Dangerous?

Mold is the informal moniker of many fungi, especially those that appear in splotches of different colors and fuzzy appearance. The fungus is different from most plants in that–like humans and animals–it derives energy from feeding on organic material, rather than photosynthesis of the sun’s rays. Most molds are saprotrophs (from the Greek sapros, “rotten,” and trophe, “nourishment”), meaning they eat decaying or dead matter. In the natural world, this performs the critical function of recycling nutrients and making them accessible once again for nearby plants and other organisms. Yet, mold’s affinity for natural materials also makes building materials like wood and drywall targets for infestations.

Different from animals and more similar to plants (especially ferns), mold reproduces by releasing spores to colonize nearby areas. These spores travel through the air but can land and hitch rides on clothes, pets, and other surfaces. At this point, with the right amounts of water and food, they begin new colonies and spread rapidly. The airborne spores are the main point of concern for risks to human health in mold-infested buildings.

Here’s what we know: People that spend extended time in damp, moldy environments often complain of respiratory symptoms like wheezing, coughing, asthma, and allergies, and major studies like the 2004 Institute of Medicine (US) Committee on Damp Indoor Spaces and Health link mold to these effects. While other variables complicate the questions of which causes what, it’s safe to say that toxic mold can trigger the body’s immune response in a variety of problematic ways and could correlate to more sustained, chronic conditions like asthma.

Before we dive into the biology of it all, let’s define some terms. Mold can be problematic because it can trigger the body’s immune system, the cells and processes responsible for keeping the body safe from infections and diseases. Inflammation happens when the immune system detects an enemy and sends its weapons–mainly white blood cells–to defend the body at the site of the invasion. In the case of mold, this takes place where mold comes in contact to the body: the skin and the lungs. Breathing in mold spores exposes them to the respiratory system, the cells and organs responsible for breathing and transporting oxygen into blood that circulates around the rest of the body.

The stage is set, our main characters introduced: our breathing system, the system responsible for its defense, and mold. Let’s explore what happens when they meet.

Are Allergies Affected by Toxic Mold?

Allergies occur when the immune system detects an invader. When this happens, immune cells produce antibodies that relay an alert message for a specific invader around the body. When other immune cells detect that invader, they release histamines to create an allergic reaction (inflammation) to rally the immune system’s weapons against the invading entity.

This response can cause discomfort with swelling, congestion, and difficulty breathing. The problem with allergies is that this response is an overreaction towards the “invader,” serving only to bring misery and provide little defense value. In the case of mold allergies, breathing in the spores can cause allergic responses in the eyes, nose, skin, and throat typical of other allergies. This can include itchiness, sneezing, stuffy nose, watery eyes, and other symptoms.

While these symptoms themselves can cause significant irritation, we still have more to learn about the long-term effects of persistent immune response and chronic inflammation. Studies suggest that extended exposure to allergens can in turn permanently alter the function of certain organs.

Is Asthma a Toxic Mold Symptom?

Asthma is a chronic, or long-term condition of inflammation in the lungs. This happens when some sort of trigger, like cold air or certain particles or allergens, set off swelling and constriction of the tubes that carry air through the lungs. These tubes, called bronchial tubes, transport oxygen to air sacs that in turn introduce it to the bloodstream.

In an asthmatic reaction, the trigger causes the muscles around the bronchial tubes to tighten and produce extra mucus. Like allergic reactions, this inflammation is the immune system’s attempt to fight off what it thinks is an outside invader. Also like allergies, this reaction is unhelpful, since there is no enemy to fight and instead the effort just serves to disturb or harm the body.

So what role does mold play? First, there’s little doubt that it can serve as a trigger for those who already suffer from asthma. Scientists have pushed further to determine what role mold exposure might play in the development of new cases of asthma. Multiple studies have reported a correlation between consistent mold exposure and the development of asthma in children. While proving mold as the definitive cause of the disease is frustratingly difficult, data clearly suggests that people living in moldy spaces are much more likely to have asthma and experience its symptoms.

The more we explore the effects of mold, the more widespread we find its effects. Studies have reported potential effects on the endocrine (hormone) system, the immune system, neurologic (brain) system, and other body functions. While the details of the studies are complicated and need further research, they suggest that mold has the ability to set the body off-balance and interfere with the functioning of critical cells and organs.

Based on the evidence, the mold growing in indoor spaces doesn’t qualify as one of the helpful fungi we like to keep around in the cabinet or the pickling jars. Instead, it’s important to be vigilant for the signs of mold and take the right steps if detected.

The most important thing to remember in mold detection is that mold needs water. It thrives in wet, damp environments. Flooding and water damage are key culprits in mold infestations, so the first step in mold prevention is ensuring the proper function of a home’s plumbing systems. Other steps, like dehumidification, can also be helpful in preventing mold before it takes root.

Apart from prevention, homeowners should know the signs of mold to eradicate it at the first sign. Common signs of mold infestation include:

Generally, it’s best to leave mold remediation to professionals for multiple reasons. First, as already discussed, mold is excellent at reproducing itself and spreading through the air, and amateur remediation efforts could result in the spread of mold to new spaces. Second, the cleanup of mold requires the proper safety equipment to protect from the possible health effects listed above. Finally, mold is stubborn and persistent, meaning that special equipment is needed to completely eradicate the infestation and ensure that the issue is fully handled. Nothing is worse than investing time, energy and money into mold remediation only to have the problem return.

BIOSWEEP® of Alabama offers a mold removal solution that is both more affordable than the competition and extremely effective at removing mold, including spores and airborne contaminants. Our Mold Away Services, with advanced BIOSWEEP® technology, scrubs air clean while special vacuuming and wiping clean the affected surfaces. Our experts are certified by the National Organization of Remediators and Mold Inspectors (NORMI), and we offer free consultations with a certified professional to discuss the issue and talk about potential solutions.

We believe that everyone has the right to live in a mold-free space. Our experts and our processes employ proven methods to make sure we not only fix the manifestations of the problem but fix it at its core. Give us a call today for a free phone consultation and see why our customers come back expressing their appreciation time and again.